After qualifying as a Solicitor in 1975, I have spent my legal career as a company/commercial lawyer initially in London working for a large group of food companies and then in a niche firm concentrating on major commercial clients.

I moved to Exeter in 1990 and joined one of the largest practices there becoming a partner in 1993 until I left in 2013. I then started to undertake company/commercial assignments as well as acquisitions and disposals and for a short time worked for a fund management company which I had assisted in setting up in business. In February 2020 I joined Thomson & Bancks to carry on the same company/commercial work.

I hold a master degree in European Legal Studies and have been involved in assisting rewriting four volumes of company law precedents for a national publishing house.

To me my clients come first and are all important. No problem is too small and I am here to help.

It is to me a great pleasure and privilege to be working with Thomson & Bancks and its clients.

My personal interest revolves very much around cricket, chairing a coaching charity and as a member of a number of MCC committees over the years including becoming involved in redrafting the MCC club rules, restructuring the Club and working on the application for its royal charter. I also sit on the committee of Devon County Cricket Club. 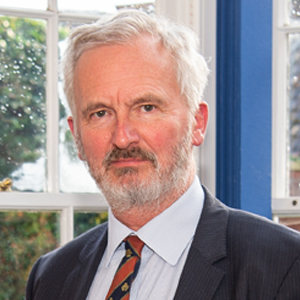 Generally fab service from start to finish – thanks Sylvia!

Many thanks for all your work in bringing our case to a satisfactory conclusion after a great deal of work!...

Very helpful and approachable firm, who continued to be available despite the Covid-19 restrictions.

Sylvia could not have been more friendly or helpful at what was a very stressful time.

Guy is a specialist in

Buying or Selling a Business

If Guy is a specialist in the service you require and works at your local Thomson & Bancks office, please feel free to get in touch and explain your requirements. Guy will be more than happy to help!

Looking for a different member of staff?

Talk to our expert solicitors about your legal requirements

Learn about all things legal from our dedicated YouTube Channel